But some worthless men said, “How can this man save and rescue us?” And they regarded Saul with contempt and did not bring him a gift. But he ignored the insult and kept silent. I Samuel 10:27

One of my Christmas gifts was a “whatyousayanator.”  It’s a boomerang that can be released from my hand, karate chop someone in the throat and return to me in a matter of seconds.  Let all smart-mouths be warned, this leader isn’t taking it anymore!

Of course “whatyousayanators” only exist in the mind of my creative daughter, Nia. Therefore we have to develop the wisdom to know when to address and when to ignore our verbal critics.

One of my favorite examples of this wisdom occurs when Saul was announced as the 1st King of Israel.  There were thousands of people from all the tribes who heard the Prophet Samuel declare that Saul was God’s choice.  Even “the brave men whose hearts God had touched” went with Saul.   What a glorious day! 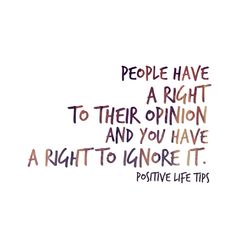 However, there were some men who didn’t believe in Saul, and expressed it, OUT LOUD.  But Saul ignored the insult and kept silent.  The Bible says these guys were worthless.  Which means they weren’t worth the time or attention of the King.

Do you know when to address a critic or when to keep it moving?  It’s a skill every member of the royal family should develop.

We're not around right now. But you can send us an email and we'll get back to you, asap.